Noll Sotogrande Charity Support, an initiative to contribute to our community.

Charlie Gubbins and I , Stephanie Noll are fortunate enough to live in Sotogrande. We are also individuals who have travelled the world and experienced life in what people would call third world countries. We have witnessed first-hand in Africa and Latin America less fortunate families, who cannot feed themselves or their children.

Banco de Alimentos de Campo de Gibraltar, created 25 years ago, is a non-profitable organisation without any political or union links, where all activities are carried out through volunteers, with the sole exception of an administrative hired person, working four hours a day. The EU also supports BACG contributing with food packages.

If you would like to join us, we would be very grateful if you contribute with a donation. Every little helps, it could be as a monthly donation or as a one off contribution.

Stephanie and Charles launched a “GoFundMe-Charity” account to raise funds through donations and collaborate with the more than 20,000 families in need, served by “Banco de Alimentos” institution in Campo de Gibraltar.

Thank you for supporting Sotogrande’s neighbours!

My Story, by Stephanie Noll.

On a number of occasions I experienced the unconditional help from neighbours; when I was injured and having to take care of my child on my own, neighbours came to help with prepared meals. When both my son and I were very ill, neighbours instantly helped with everything. I will be forever grateful! Something you just never forget! 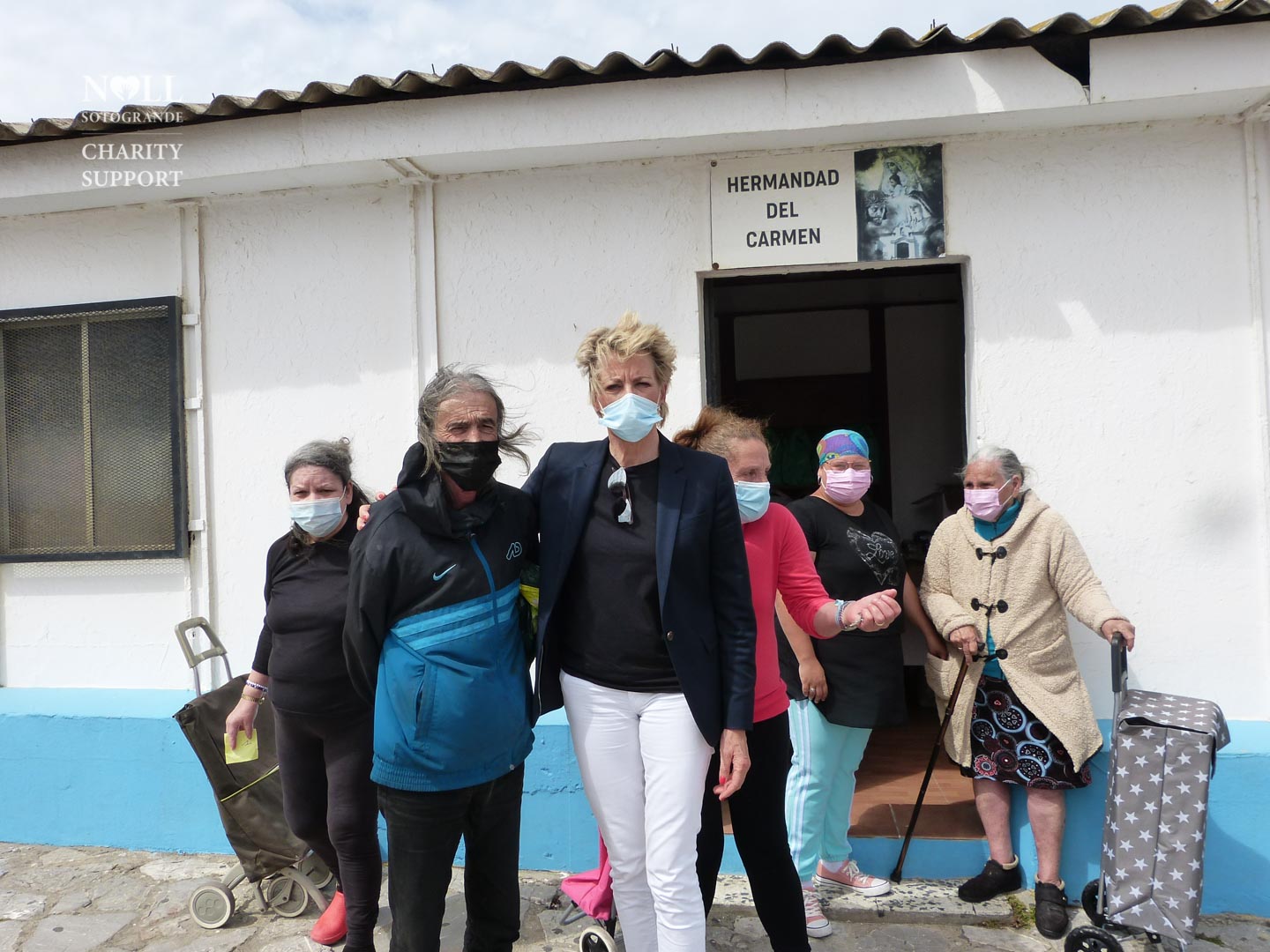 My experience with people in need. By Charles Gubbins.

As an individual I recognize that I am privileged. What’s more I have lived in parts of the world and seen first had what is REAL poverty, what is REAL suffering, and what is REAL hunger. I was born and brought up in South America, where I first realized that the world was made up of “haves” and “have nots”, and from a very young age I was taught and made to understand that life is very difficult for the vast proportion of any population. Over the years I have been involved in charitable endeavours. I am a big believer in saying such as “what goes around comes around”, and “do onto others as you would like done to yourself”. There are many ways one can help. For example, I have a standing order to donate to the RED CROSS, and I have in the past sponsored a child in Uganda.  These are personal initiatives and ones that add up if many people participate and donate.

During my professional life however, I have been able to contribute more significantly by organizing corporate charitable initiatives. I have done this in Colombia and Kenya where, as head of business of the RECKITT company at the time I instigated health improvement programs for those that needed help. These could be malaria protection orientated, with mosquito net distribution to families living in rural area, to simple water cleaning initiatives.  One of the largest donations I once gave was three 40” containers of “JIK” to Ugandan hospitals after an outbreak of Ebola. JIK is basically a sodium hyper chloride liquid, basically bleach, which was effective in cleaning surfaces and killing the Ebola virus. Being in Sotogrande and working with Stephanie in our own company, we have tried to give back. Locally we have sponsored a golf tournament a couple of times, proceeds of which were donated to Caritas via the local priest, and now are supporting Banco de Alimentos via a Go Fund Me initiative on our website. Please join us on this initiative! We would be very grateful. Thank you, Charlies Gubbins.